I am a racist and you probably are to.

Part of the role of a priest is to ‘preach a positive’, that does not mean every sermon has to be relentlessly happy but it does mean when we preach folks should feel challenged but also lifted, after all that is what the Gospels are, the Good News!

So I always try and preach a positive, life can be pretty rubbish and I never want people to walk away from a sermon feeling condemned or guilty, the living gospel of Christ is a message of love and hope. But it is also a message of truth and you know sometimes the truth can be hard to swallow. Sometimes we need what might be called ‘the hard word’ and that my friends is what today is, Because I want to talk about what has been in the news this week. This week a man named George Floyd was killed in America.

George was a father, a son and a brother and he killed. Now of course people get killed every day all over the world, sometimes in appalling circumstances and I am not minimising that horror. But George was killed by a policeman. Now many of you will probably know that I used to be a police officer and night club doorman, I am no stranger to violence, I have dished a fair bit of it out and received more than my fair share, and like a lot of ex-police officers I feel a strong bond even now with my brothers and sisters in blue, life and death situations builds that with your colleagues. When I first here of incidents like this I have a tendency to be defensive ‘what was that bloke doing to get nicked’ ‘I wonder what his previous record was like’ My natural urge is to defend the police action. Probably that’s wrong but I admit it’s how I feel partially perhaps because I know that police officers get complaints constantly and most of them are spurious, most people don’t like being told what to do and no one likes being arrested.

And then I watched the film of Georges murder. And I did not care. I did not care what he had done or said before, I don’t care what crime he may or may not have committed. IT was wrong. That young man was killed in cold blood will police officers stood by and watched as a colleague knelt on his neck while he begged for his life in a public place. His cries went on for around eight minutes.

But there is more, worse. This is racism. And I am not ‘playing the race card’ I have never been a person who rushes to drag colour into every encounter quite the reverse.

When we had the results of the Macpherson report into the death of another young black man called Stephen Lawrence, it said that the Met police was institutionally racist, when I heard the result of the report I was really offended. I was a serving police officer and I was being told that I was part of the problem. I thought I was a decent bloke, I thought I treated everyone with dignity no matter who they were, I had given evidence in front of the chief constable when a colleague had been racially abused by a sergeant, how dare they. And yet, and yet.

I had also stood by and done nothing when I heard racist jokes in the mess room, I had made assumptions because of someone’s colour.

These words, penned in 1973 by then-Soviet dissident and Christian writer Aleksandr Solzhenitsyn, brilliantly sum up the human condition.

Now you may be shocked by what I am saying, that’s understandable, but even if you can honestly claim to have never done the things I have done, if you examine your heart and find no hint of bias or bigotry the jury is in, social scientists have spent years looking at the issue and almost all of us carry unconscious bias, that’s the mindset of discrimination and racism, we may not know it but it is there and it plays out in the way we behave.

You see we are ALL part of the problem that when taken collectively legitimises shocking behaviour, every human being helps feed it. We, as Christians must name this and say, no more. And as a start we will need to look deep inside ourselves and acknowledge our own bias and bigotry, because we can acknowledge that we carry that and still fight bigotry and hate and racism. To be a Christian doesn’t require us to be perfect, but it does require us to be honest.

Now I am not condoning the rioting which took place as a result of George’s death, I am not condoning the abuse police officers get, but you see in the case of racism and bigotry that is another matter. We cannot say well yes racism exists but look at all these bad things that this black person did. It isn’t relevant, no behaviour by individuals or groups justifies racism, bigotry or discrimination, they just don’t. We must acknowledge the existence of a real and terrible evil in humanity manifest in this case by some of the very people who should keep us safe and so who must be held to the highest standard and in in some form that same thing in all of us, every single human being.

We are made in the image of the Trinity, the invisible God, Father, Son and Holy Spirit. All different but all one with him, all children of the same creator: this means we cannot, must not, treat any human being as being of less worth or less value no matter who they are, where they live, what they have done or what they look like: it’s not negotiable, it’s not a request, it is Christ’s Command.

There is no longer Jew or Gentile, slave or free, male, and female. For you are all one in Christ Jesus. (Galatians 3:28). George was part of that one family, he was our brother, equally loved by God and of as much value as you or I in the order of all things.

Last year I spent some time specifically considering the problem of evil and suffering: why would a good god allow suffering? I have been forced to conclude God might quite rightly ask us the same question ‘before you think you question me why if you call yourself good do you allow it’ Around the world so many suffer because we allow them to, we turn a blind eye and often deep down we justify it because they speak a different language, have a different religion or have a different colour skin. Some of the world’s issues are complex and hard to solve, this one is not. Racism exists, it is a powerful and malevolent force in society, and we must acknowledge it and fight it everywhere we see it, particularly when it is inside us.

If not us then who? If not now, then when? If we claim to follow Christ we must be the standard bearers in fighting this evil today and always, and it starts with acknowledging our own problems. 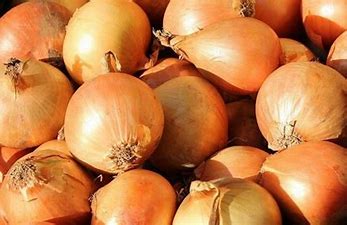 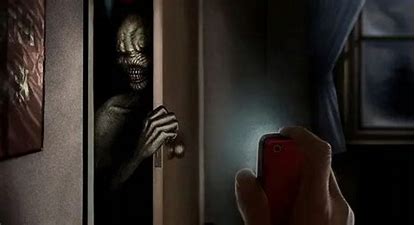